Every day, we will post a few brief prayers inspired by the Liturgy of the Hours.

Reading: From a sermon by St. Fulgentius of Ruspe

The Canticle of Mary 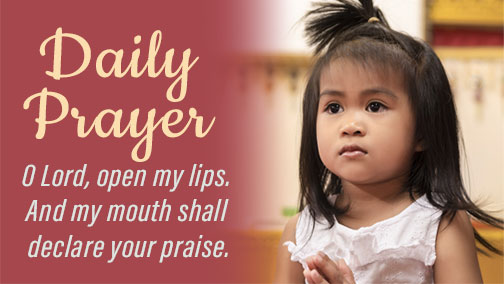